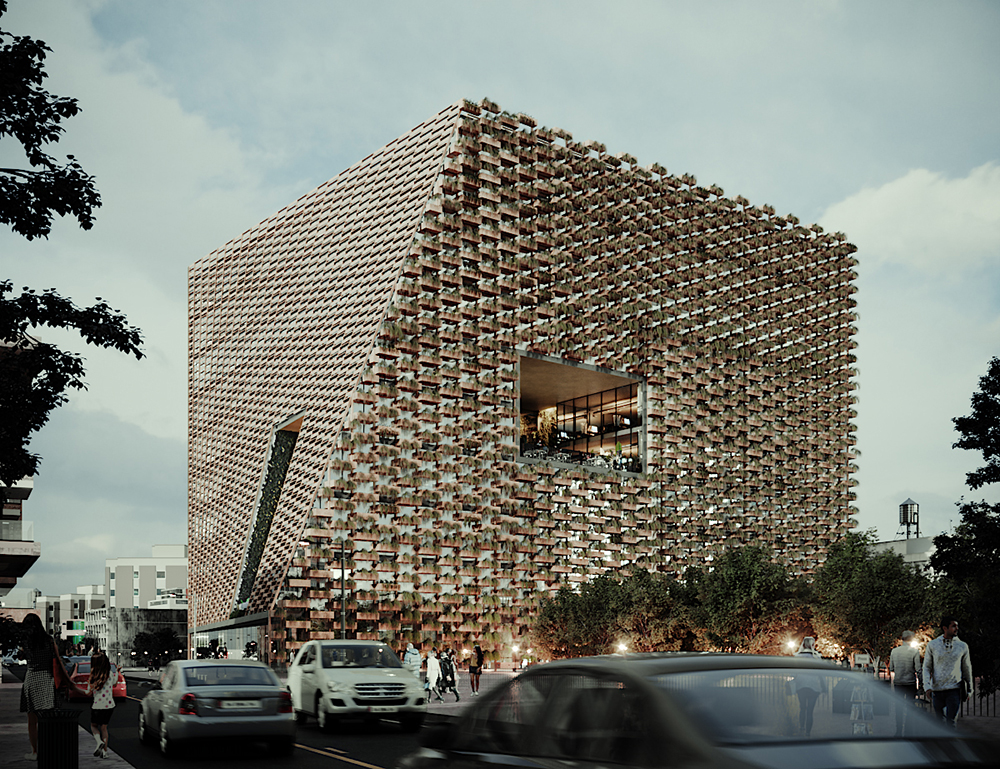 Located in Lahore, a historical and lively city of Pakistan, the project had a significantly ambitious vision to trigger change in the area, specifically bringing a new approach to the working environment. Boulevard Gulberg is one of the important transportation axis of the city. The site is surrounded by several key activities such as College of Home Economics at north, and a market place at west. Being in currently in a residential neighborhood, some retail functions has been introduced on the ground level. The building is designed according Street life  to be developed.

The plot had some challenges from the zoning. As the maximum height is set to 120 feet / 36.5m, and the client requires to maximize the amount of surface to be used, the massing was restrained to the limits of the plot.

The design idea is based on respecting those initial inputs by transforming them into a pleasant working atmosphere via light wells and creation of various scale openings on the facades. Carving the main volume with a network of voids, which connects different levels, allows the building to breath with natural ventilation, simultaneously enabling the users to have meaningful social interactions terraces and have day light into the deeper office spaces.

The facade is considered as an interface between the office spaces and the city. In order to reduce the over heating and enhance the quality of the inner spaces, on the west and south facades planters are introduced as part of the facades. On the north and the east facades a playful shading cladding creates a filter against the excessive sun light works as veil.  The green rooftop is considered as a gathering spaces for the users of the building day and night time. 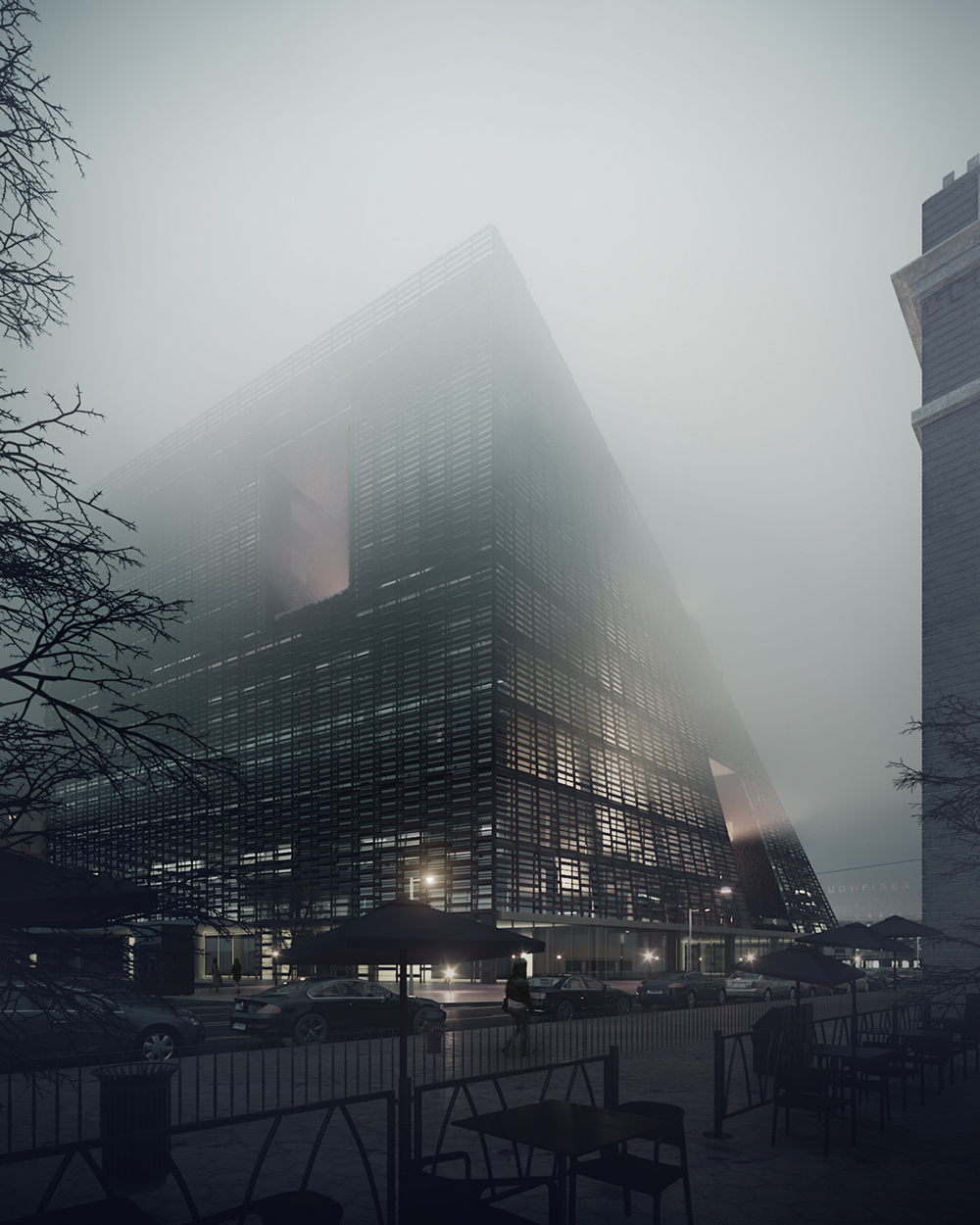 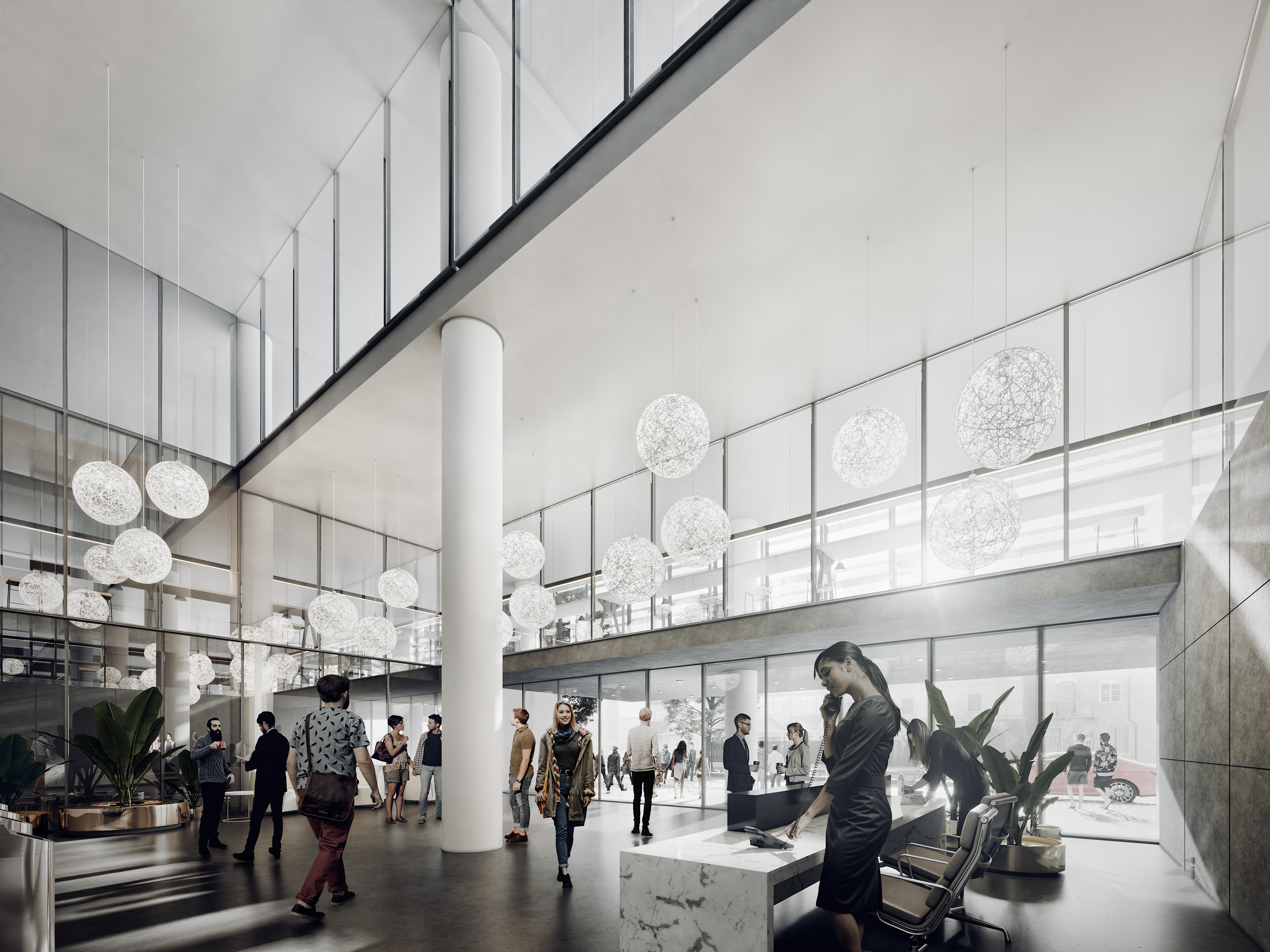 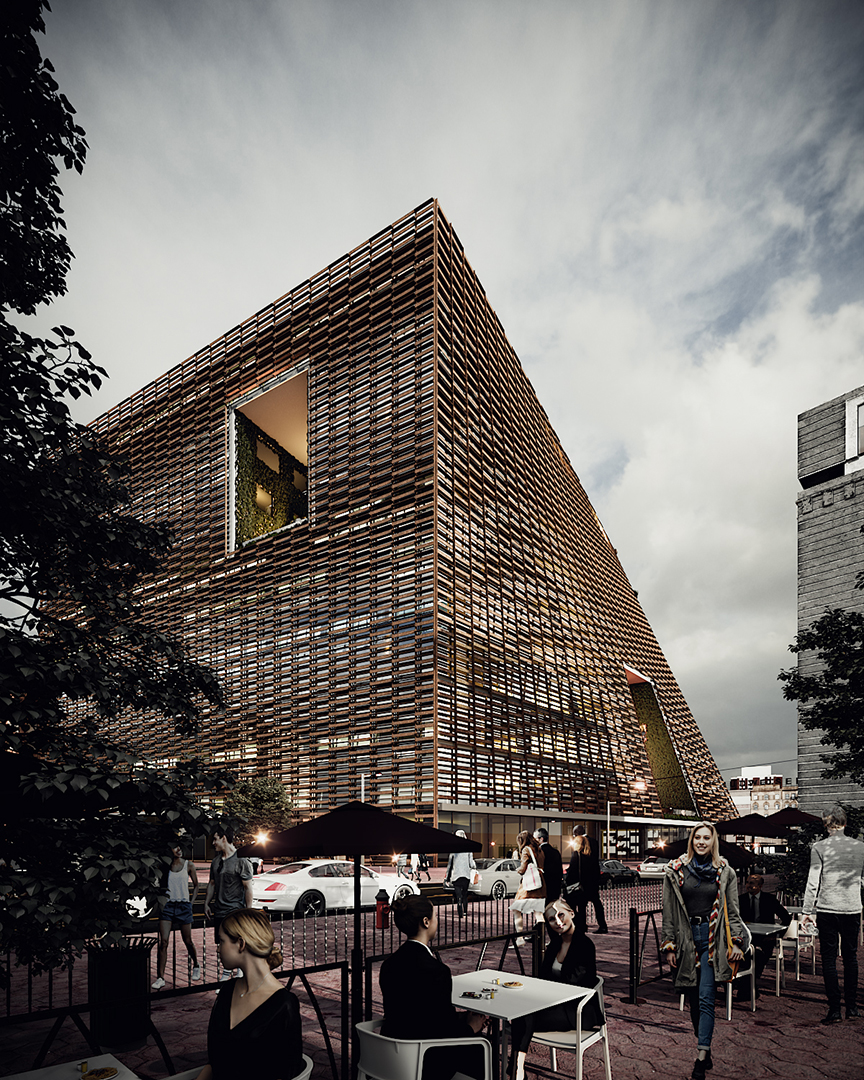 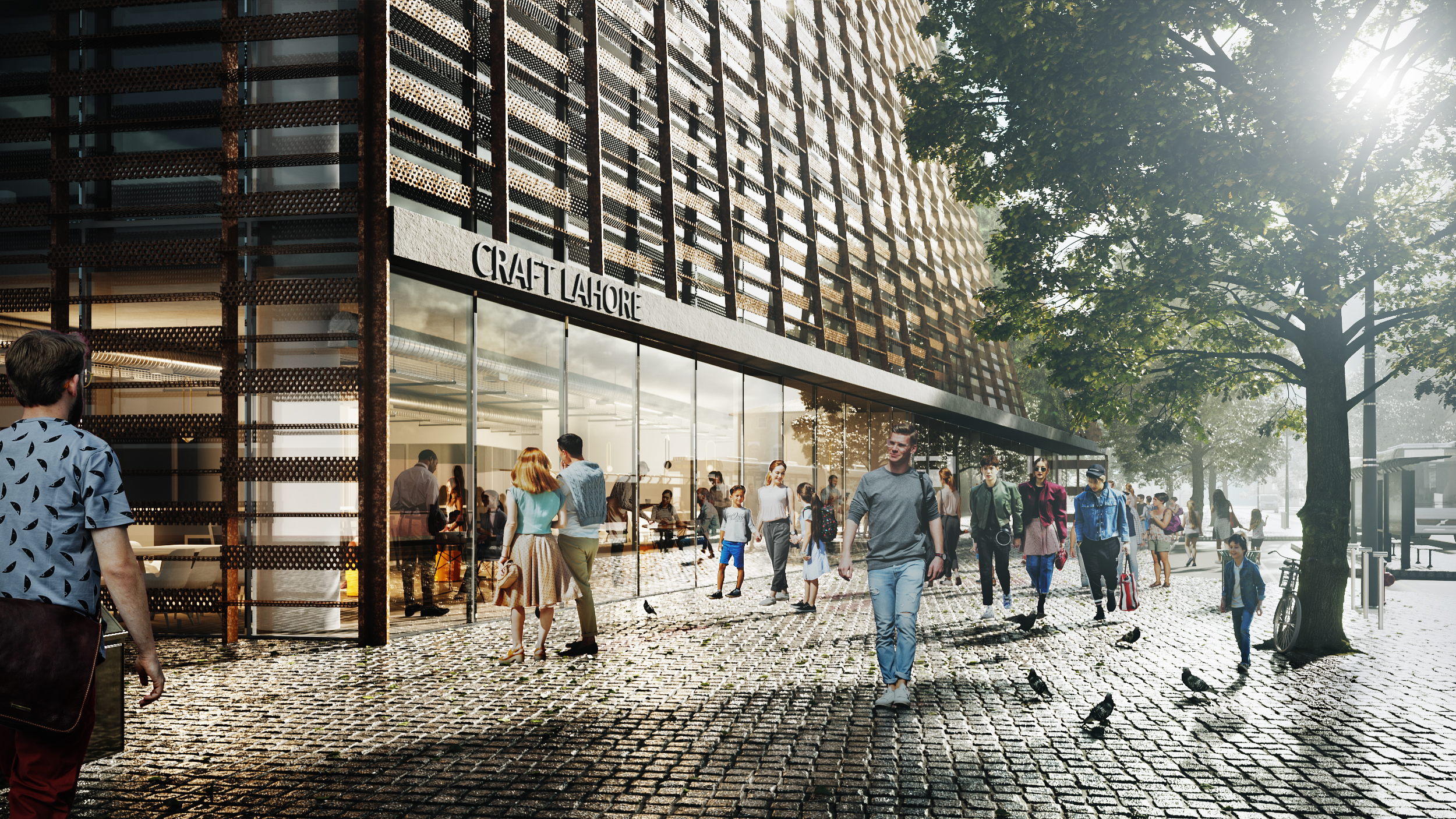