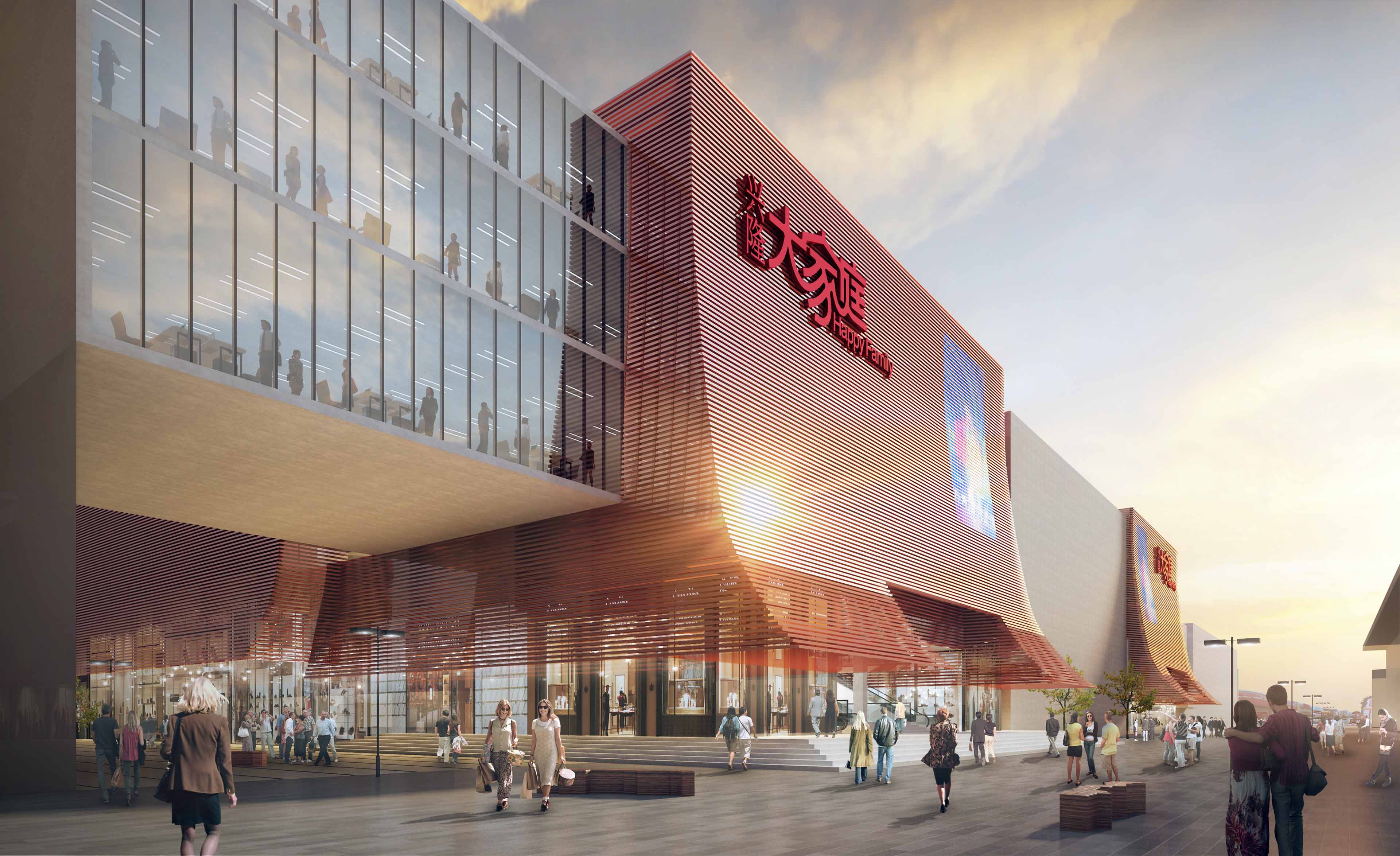 The project comprises the renewal of a 25 years old shopping mall and its surrounding landscape in Shenyang’s historic center. The site of the project is across the Mukden palace, which is also named the Imperial Palace and was built by the Qing dynasty when Shenyang served as the dynasty’s capital.

The mall faces dissimilar conditions on different façades; the architecturally undefined square, the historic palace, and the pedestrian commercial avenue which is one of the oldest avenues of the city. These diverse conditions around the site generate the inputs of the project.

The new facade harmonizes the relation between the existing mall and the historic palace while using its simplicity as a tool to differentiate itself from the chaos of the commercial avenue. Towards the public square, the project offers a new landscape to make it more balanced and attractive for future users. The construction of the 170,000m2 projects has begun and it is expected to be completed on 2018. 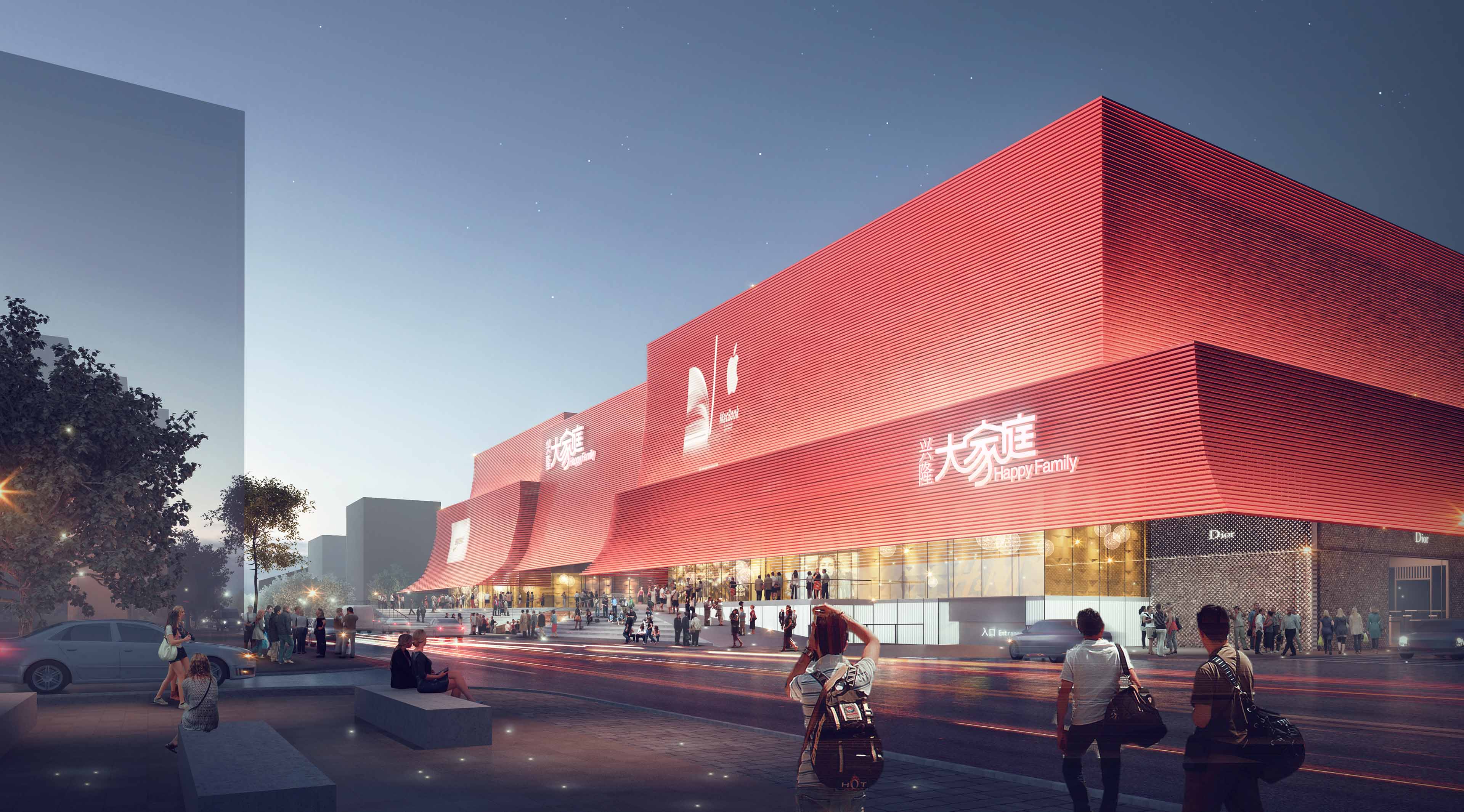