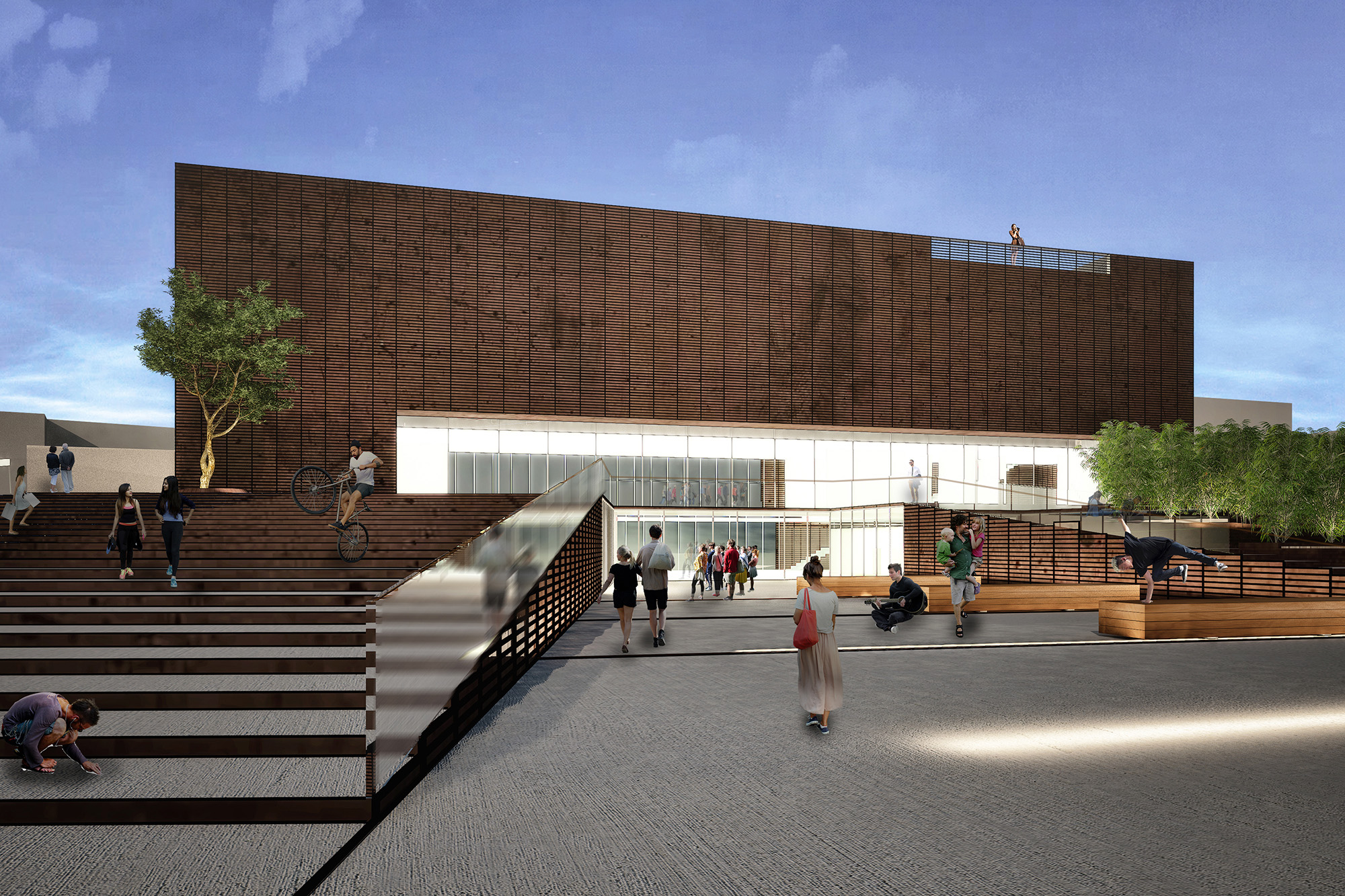 The proposal for Caferaga Sports and Cultural Center architectural project competition aims to create a public space that is lacking in the close vicinity of Kadikoy, Istanbul.  The building is separated vertically into two blocks where functions are delicately distributed to different levels thanks to the existing topography.

The dense urban texture and the expected busy traffic of the program directed ERA Architects to use a modest architectural language in order to create a plain background for the vivid atmosphere that users will create. Eventually, extracting voids from a massive block that fills out the whole lot creates an unpretentious monumental building.  In order to enhance this effect, modular Corten steel panels with varying patterns used on all surfaces of the masses. 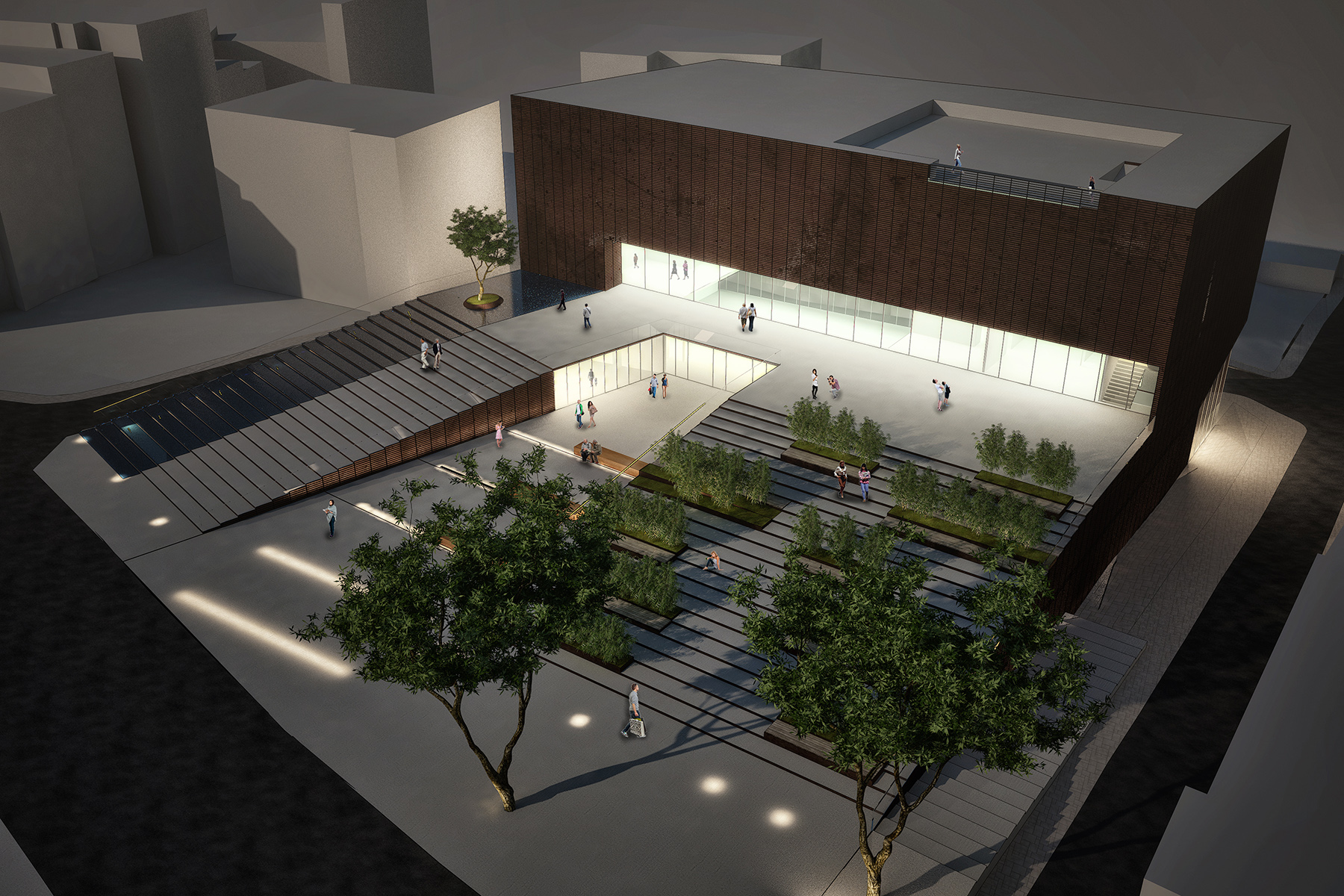 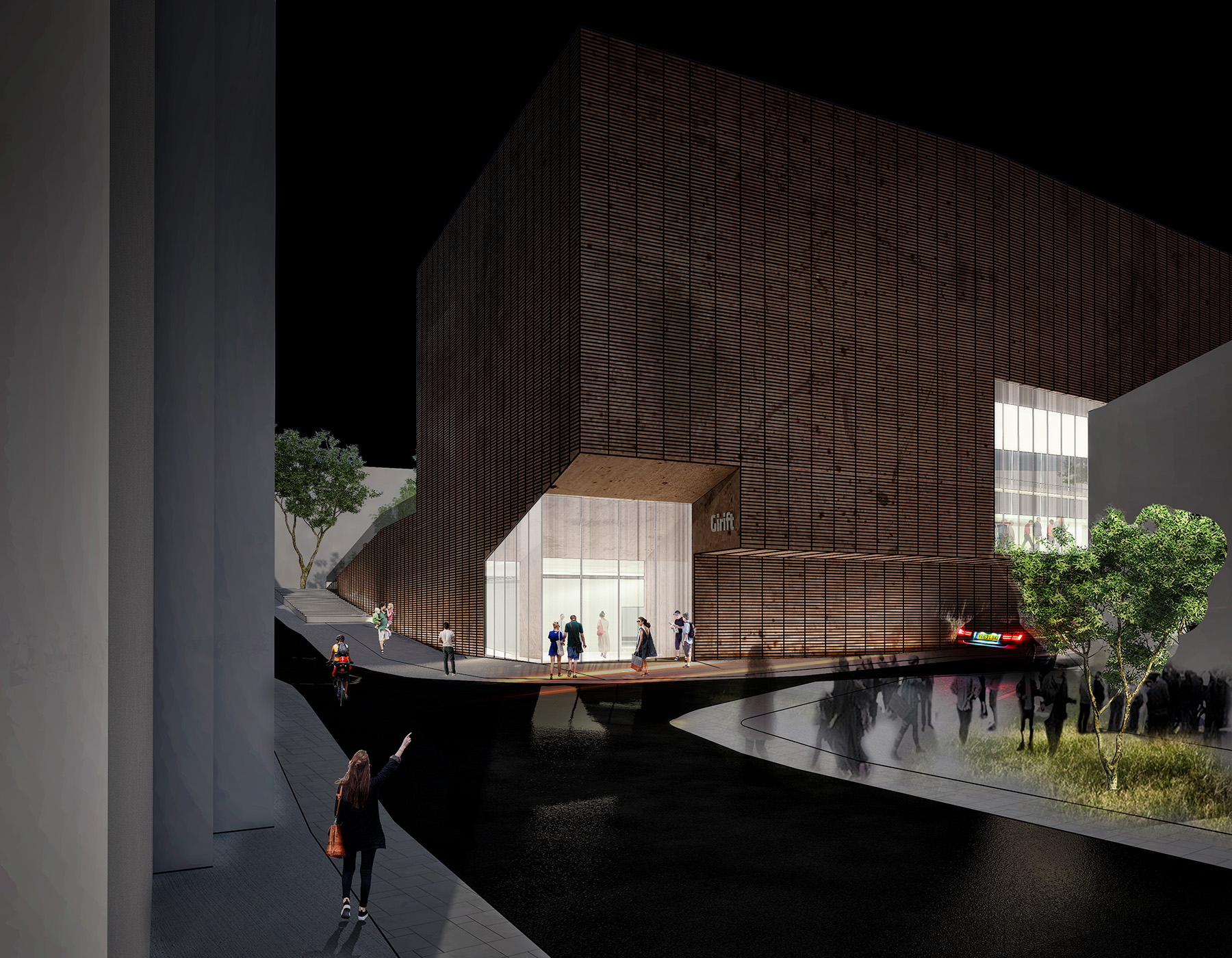 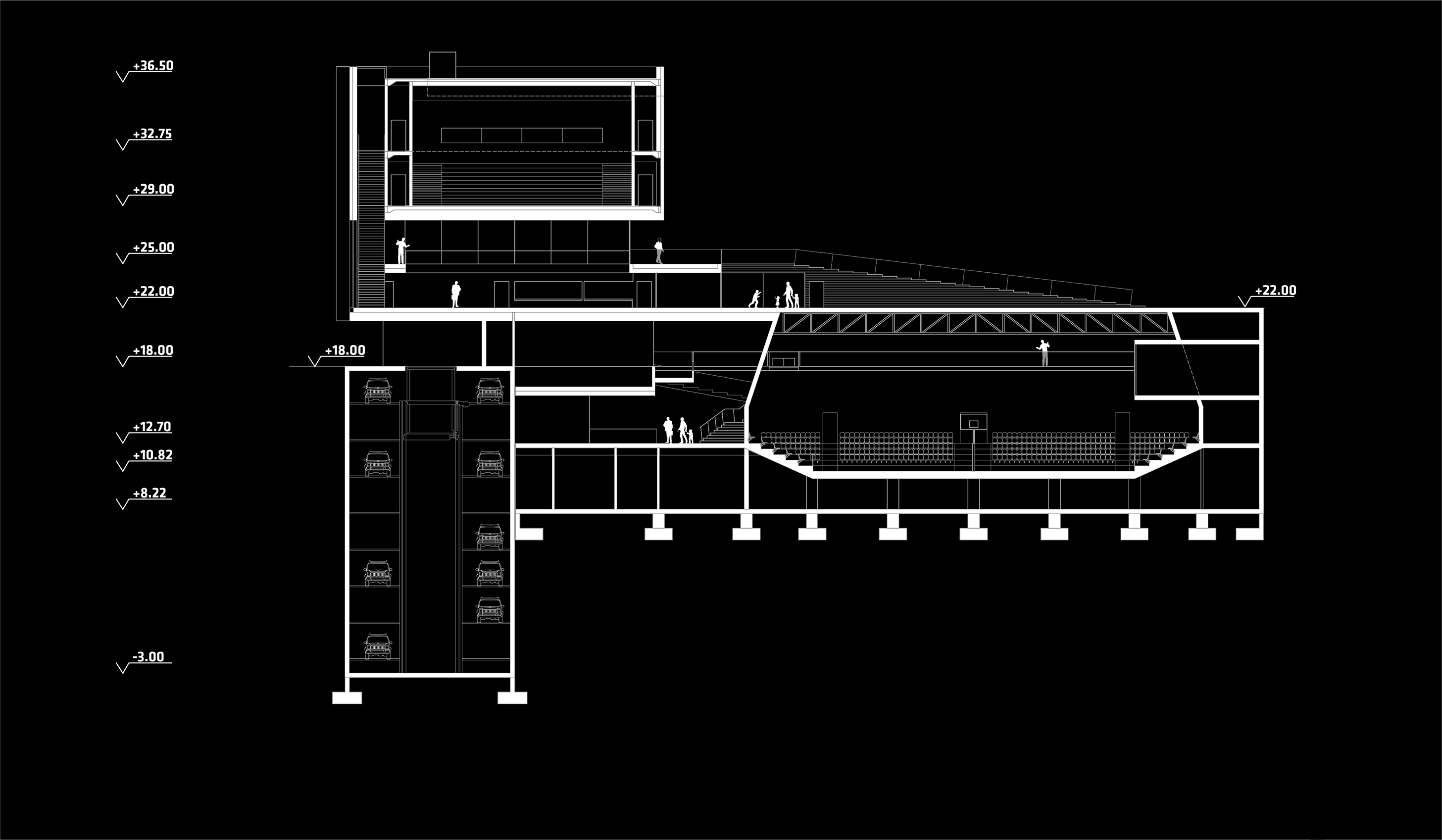