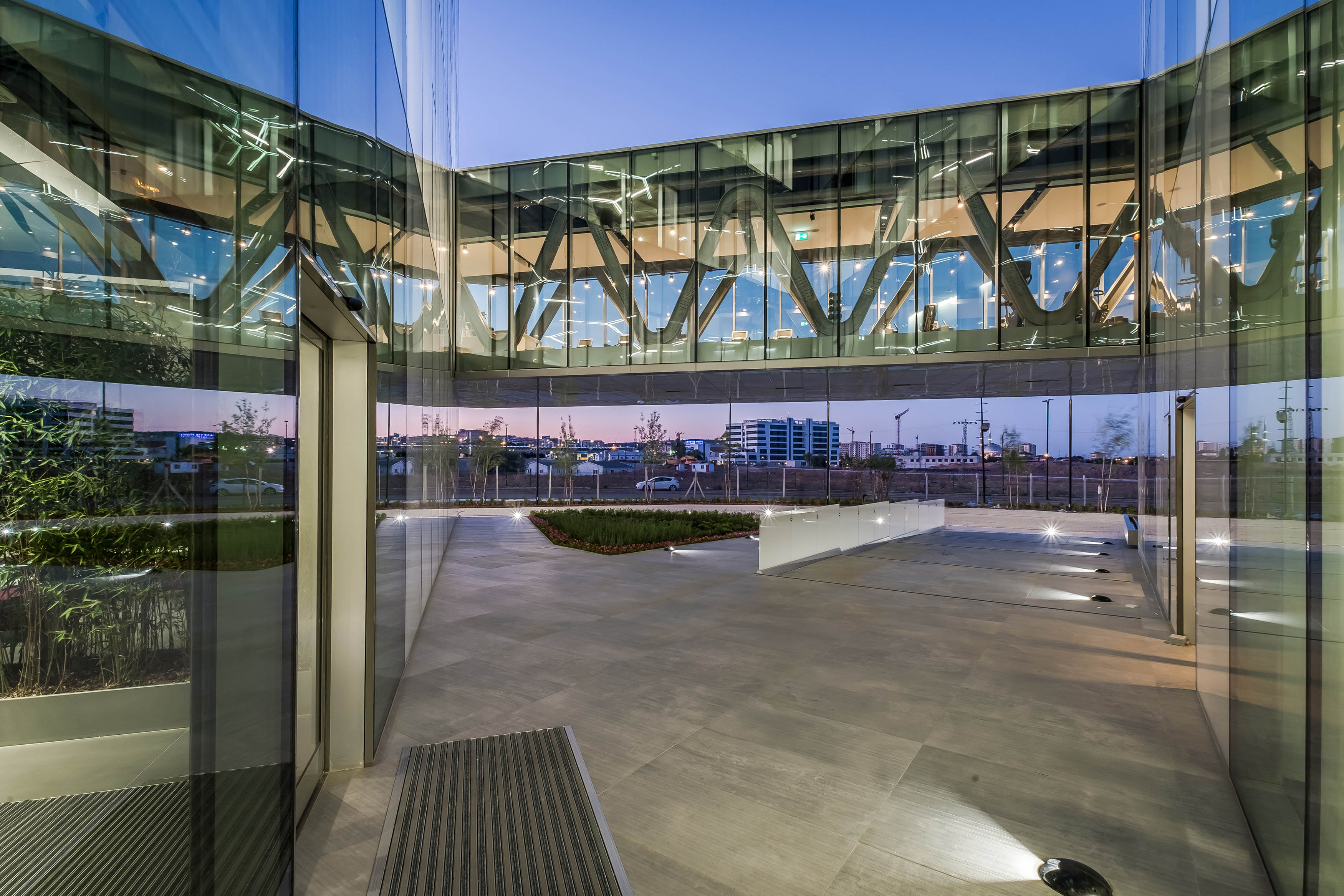 The Intertech building located in Technopark, Kurtköy had quite strict design parameters due to measures determined by the existing Technopark master plan and the structure to be used by two different employers. Located on a curvilinear plot in the corner, the building was planned to follow the turning angle according to the existing master plan. But we developed a solution that divides the structure like a Y-shape and sustains the plot outline with a bridge uniting two legs, instead of following the angle entirely. Seems like hanging in the air, the bridge actually reveals the building’s function on innovation and technology with its transparent outlook and exposed steel construction elements.

Partly to be used by Intertech and partly to be rented by Technopark management, various spatial needs were described for office spaces. Multiple settlement schemes were designed ranging from 40 or 60 sqm offices to floors organized as open office entirely. These fractions of settlement determined the façade design. 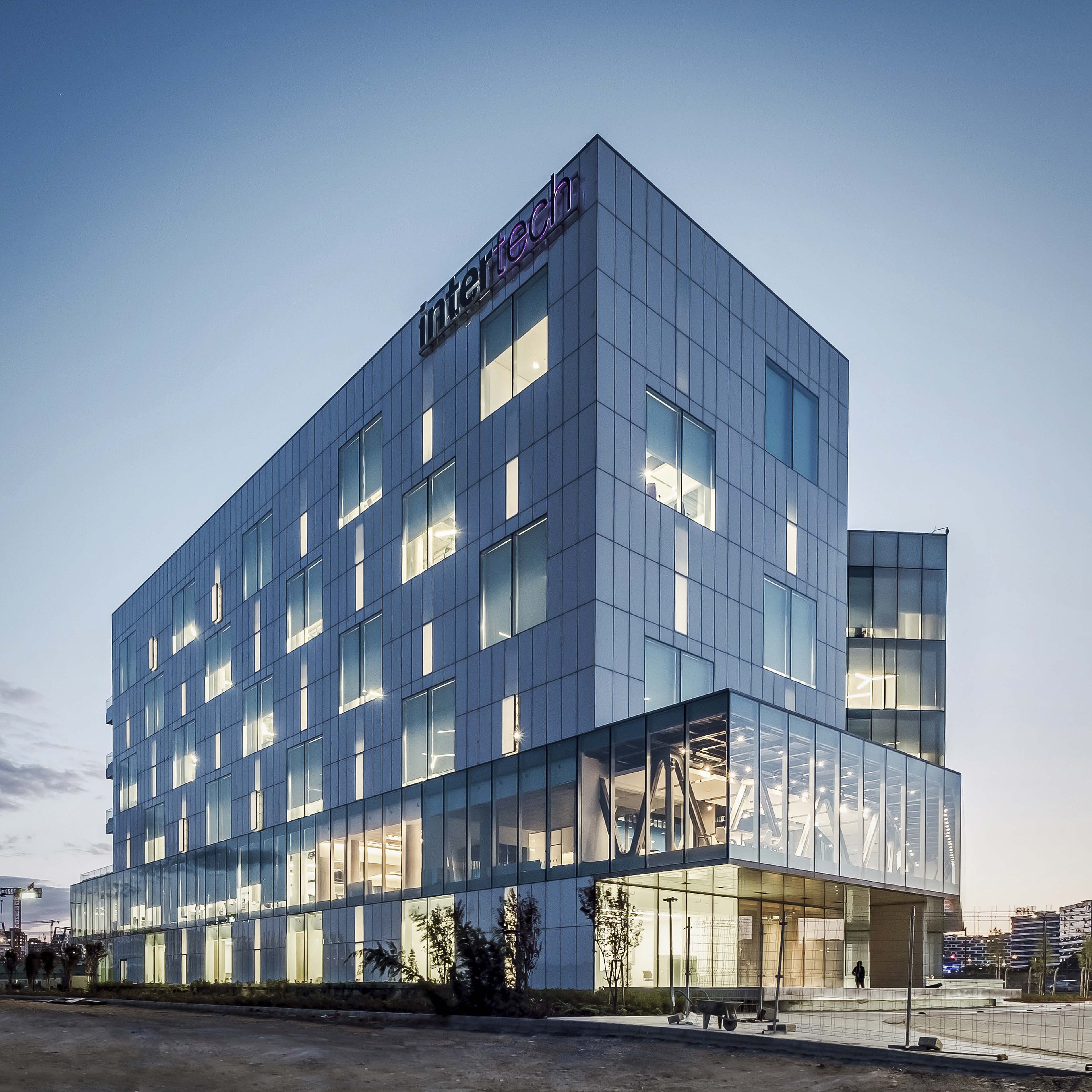 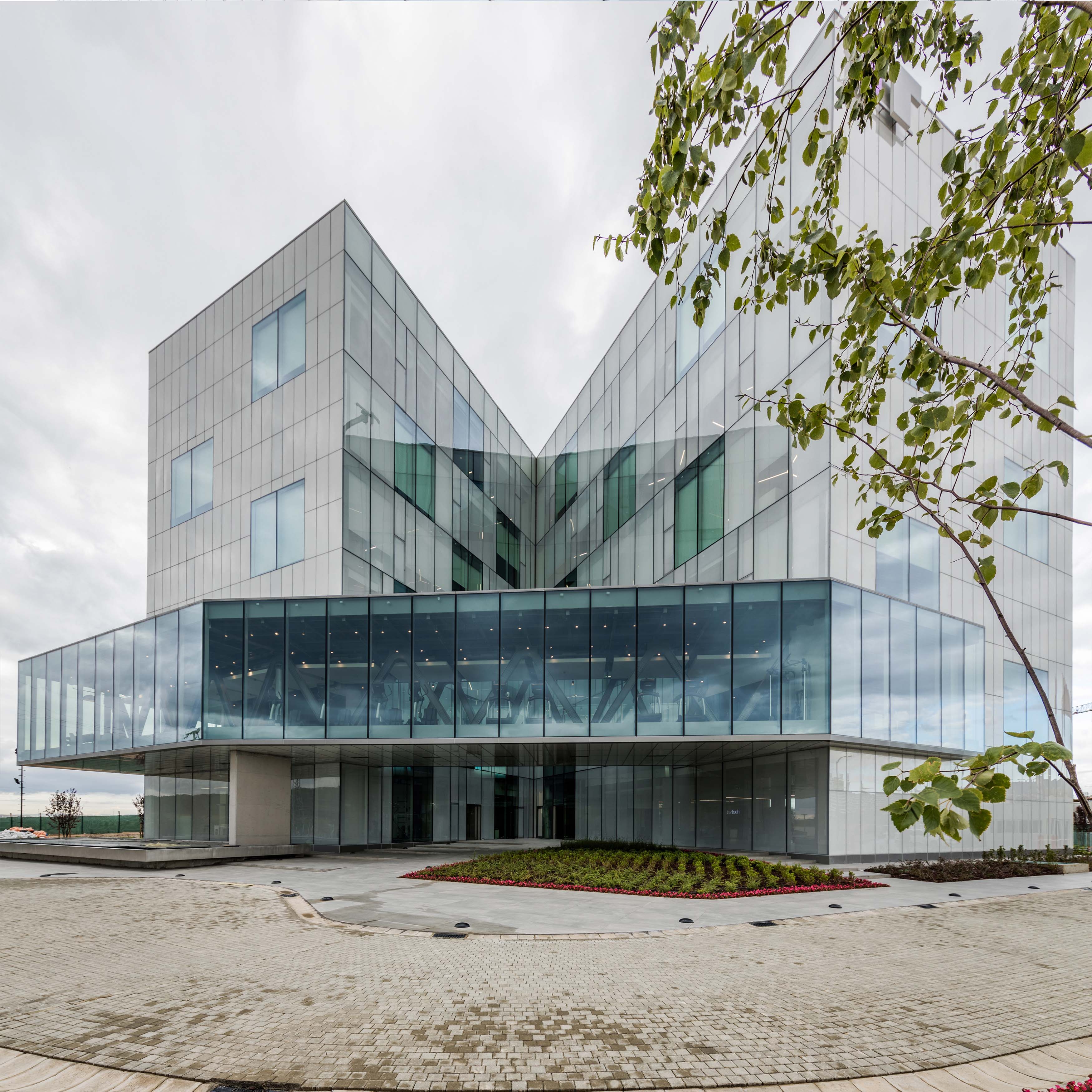 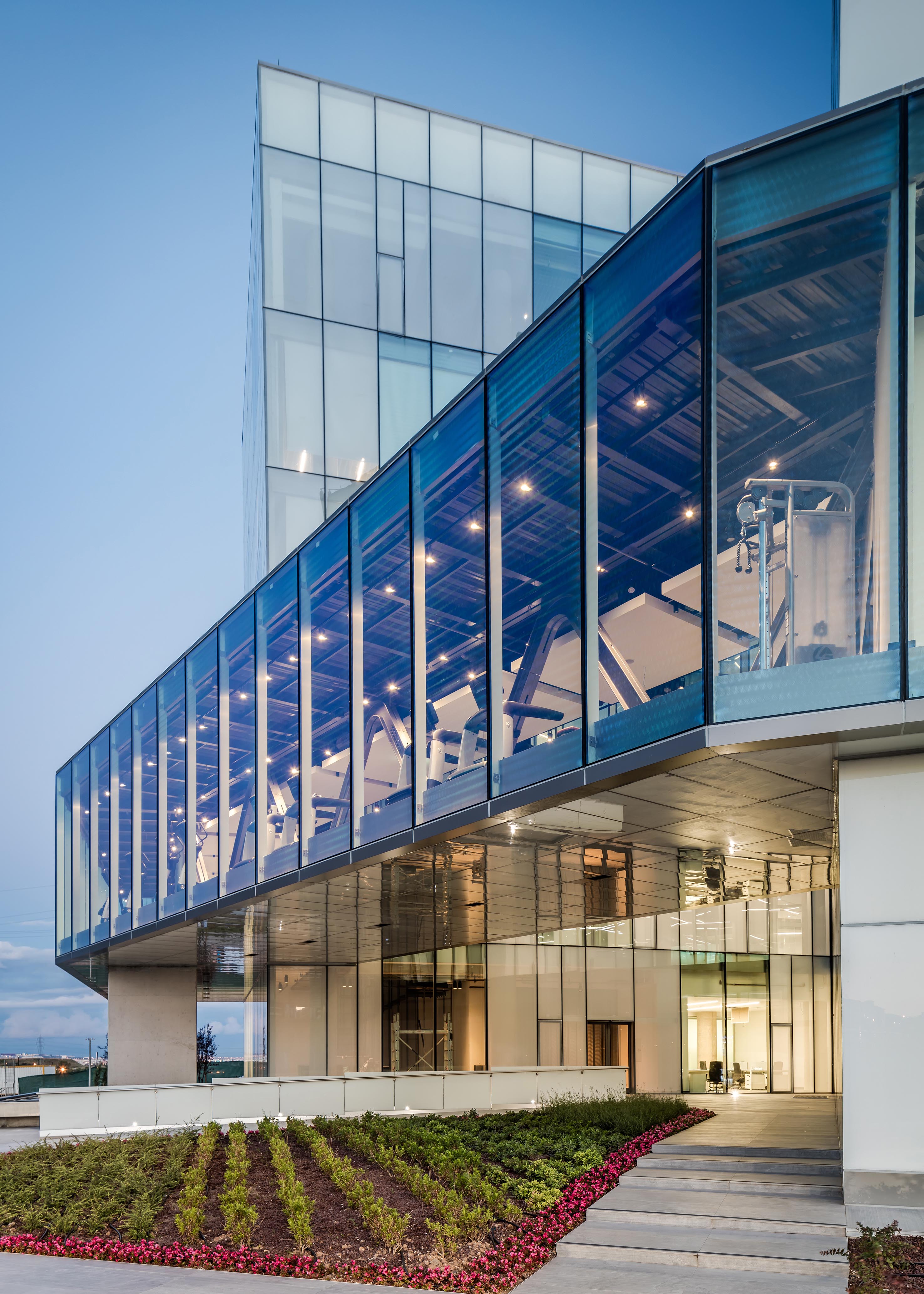 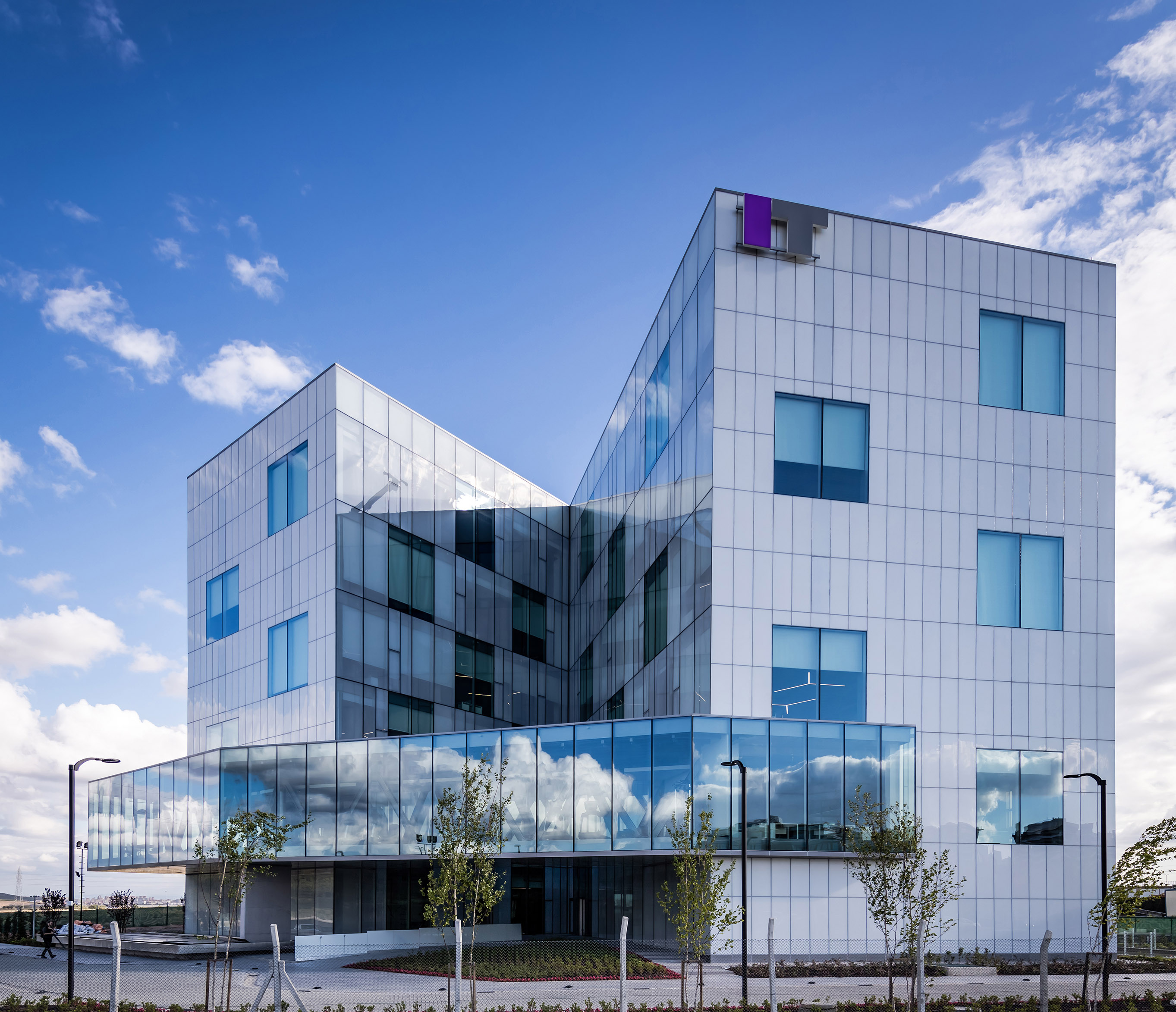 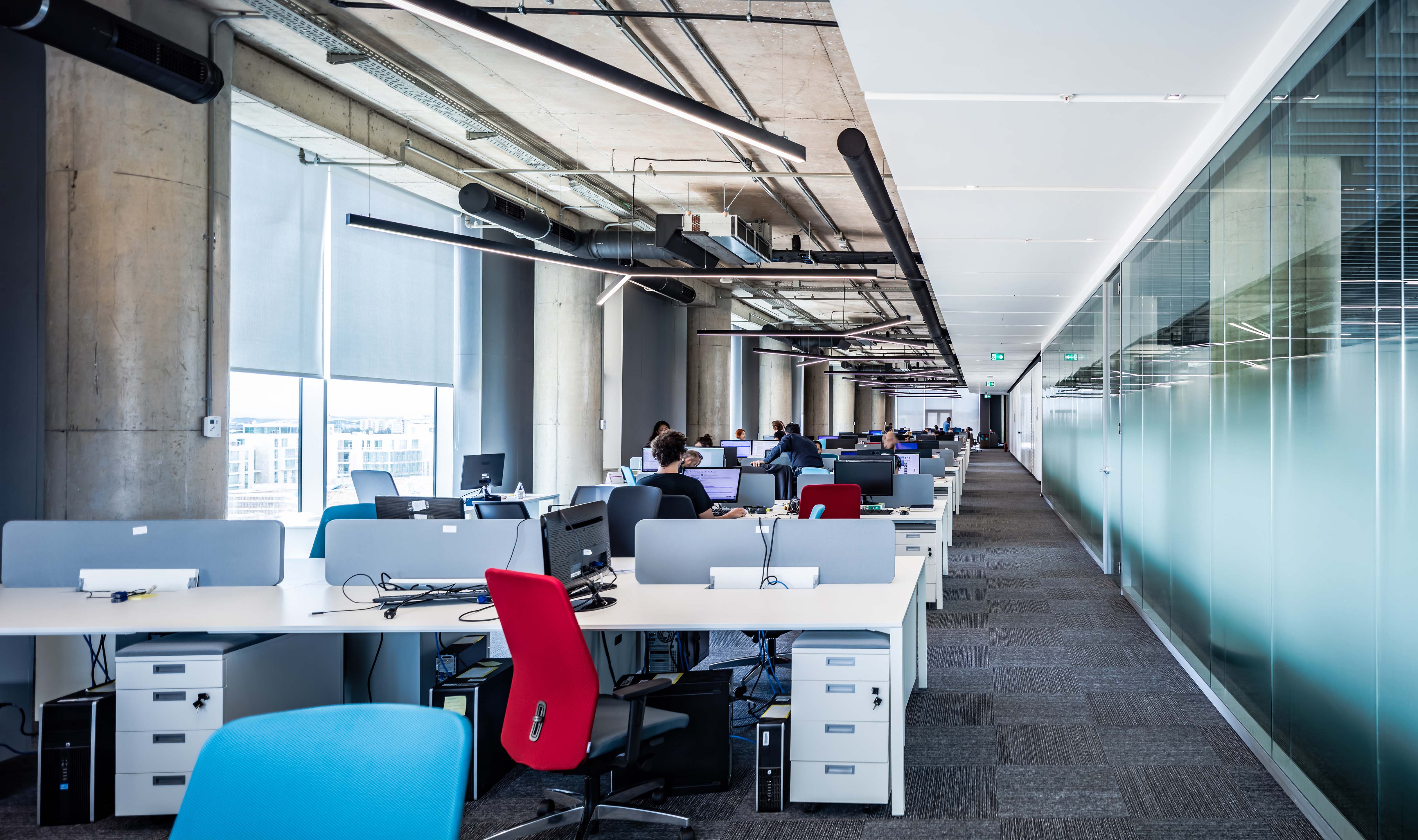 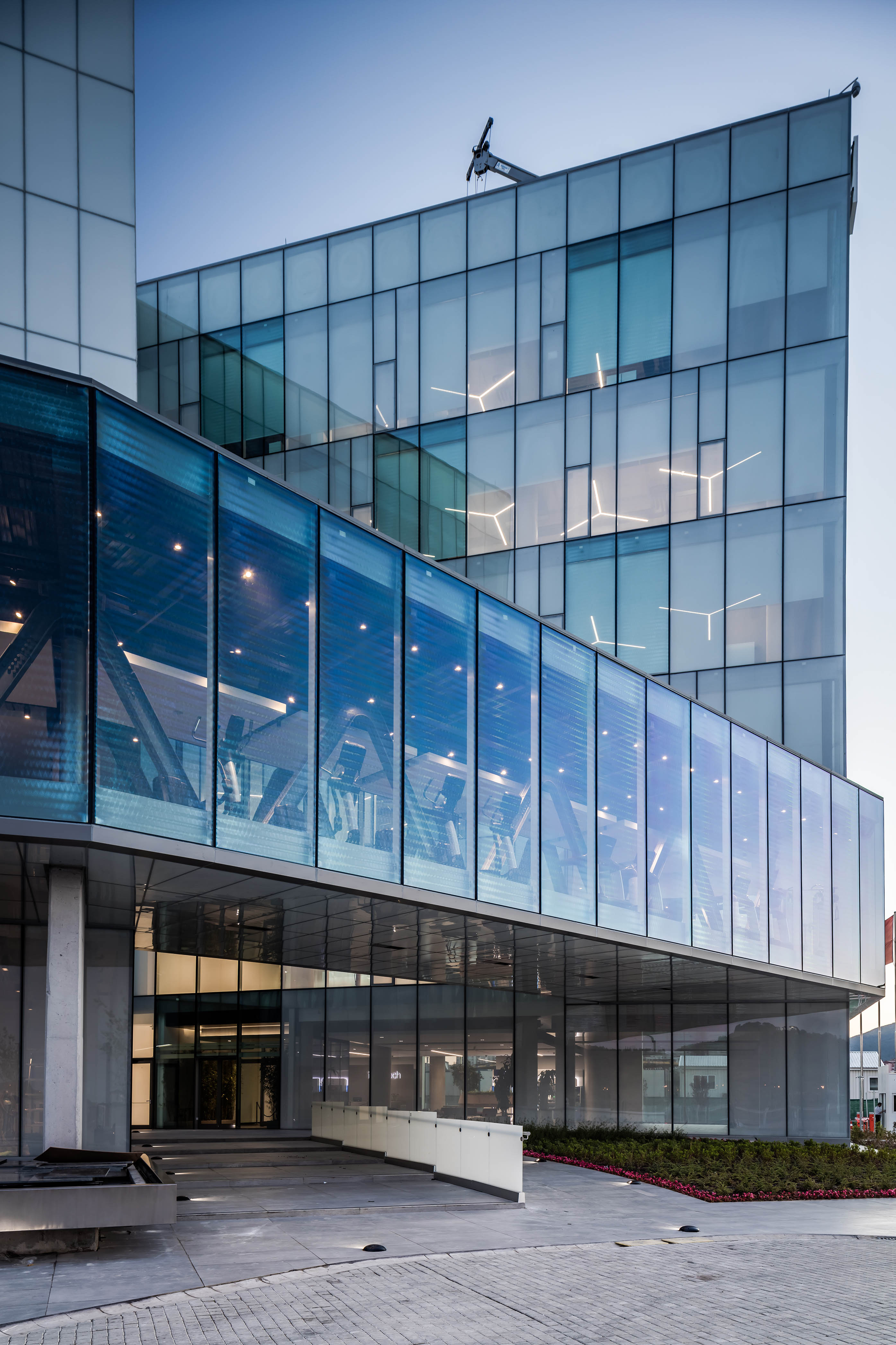 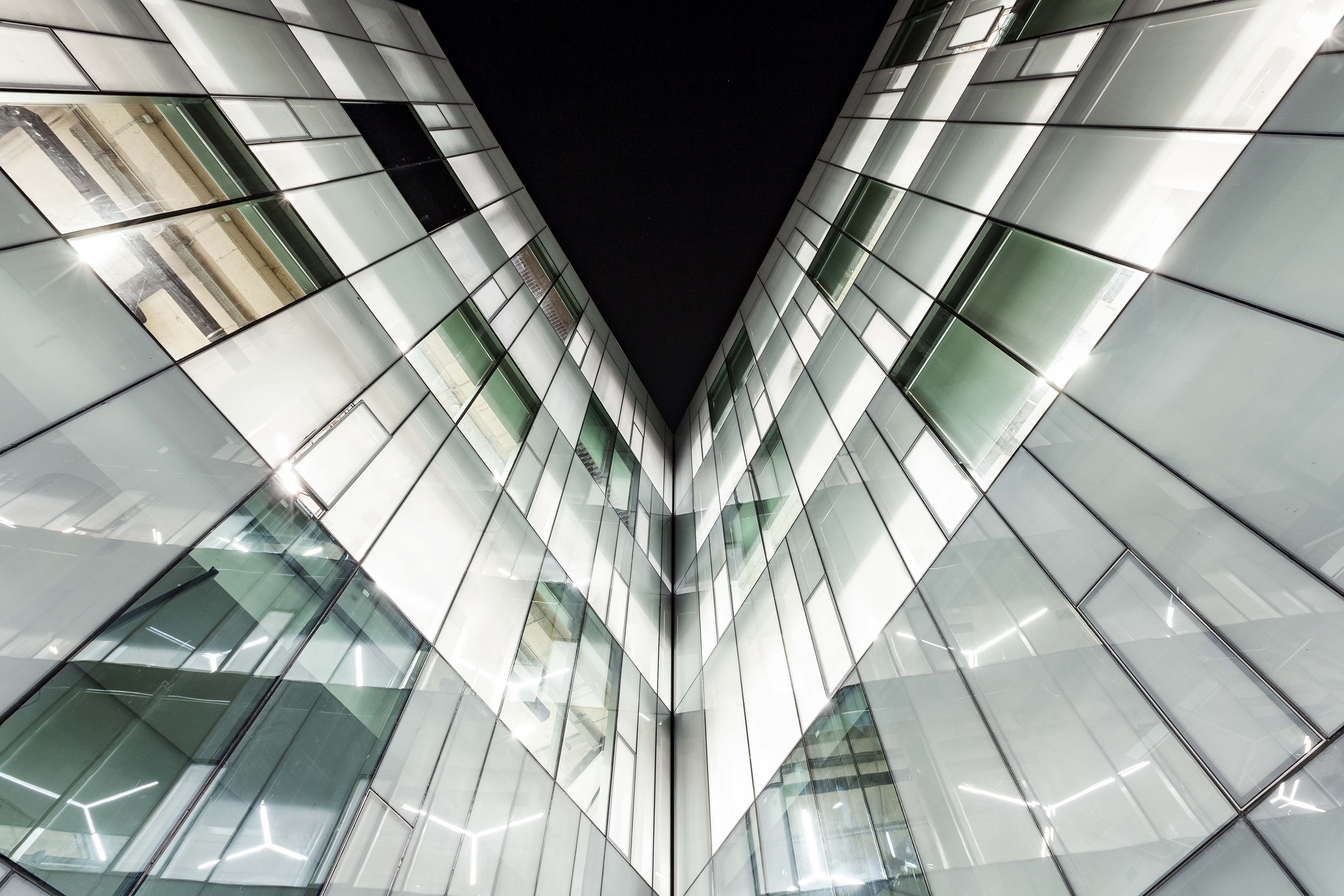