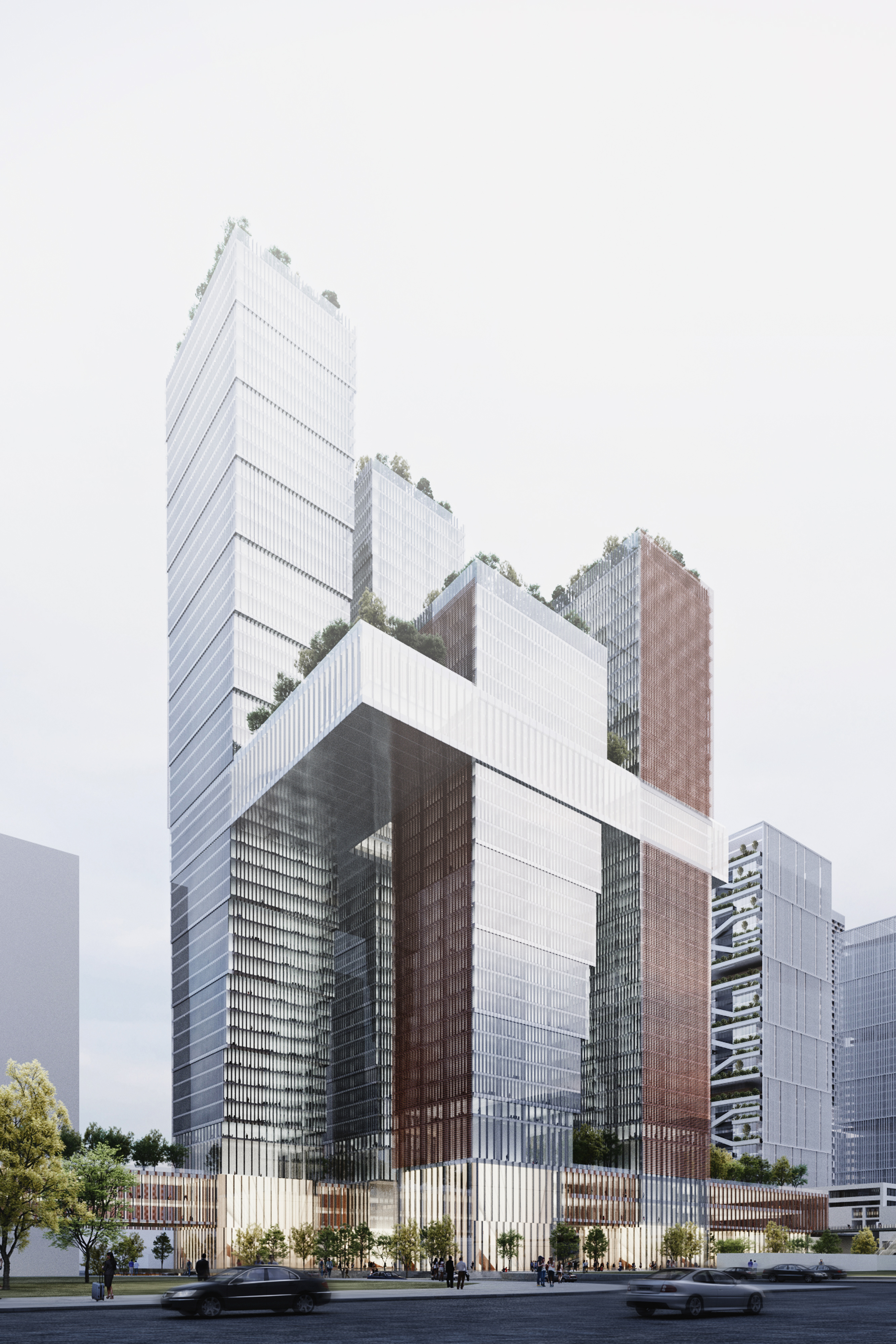 Because of its location and program, Plot 3 has an outstanding role in the overall Masterplan. Besides its size, it is facing the major urban axis of Tongfa South Road and it is exposed to the city in all sides, except the West. So, in urban terms, Plot 3 works very much like the prow in a ship or the head in a human body.

The Office Complex buildings set at this area contain the most dense office program of the whole Masterplan project, thus having the largest working population.

The role it plays in the overall project, can be seen either as the welcoming gate of this large multifunctional complex or its formal conclusion if we are coming from West to East. A major urban happening either if it is the beginning or the end.

This group of buildings is integrated in the looped structure of the Circle High Line facility which interconnects all plots. Also it is connected at basement levels to the subway station, making it a major receptor of people coming to the Nashan Science & Technology Center.

These singular conditions become the starting point to finding the best design strategy for this mixed use complex points, entrances or connections for different parts of the city. 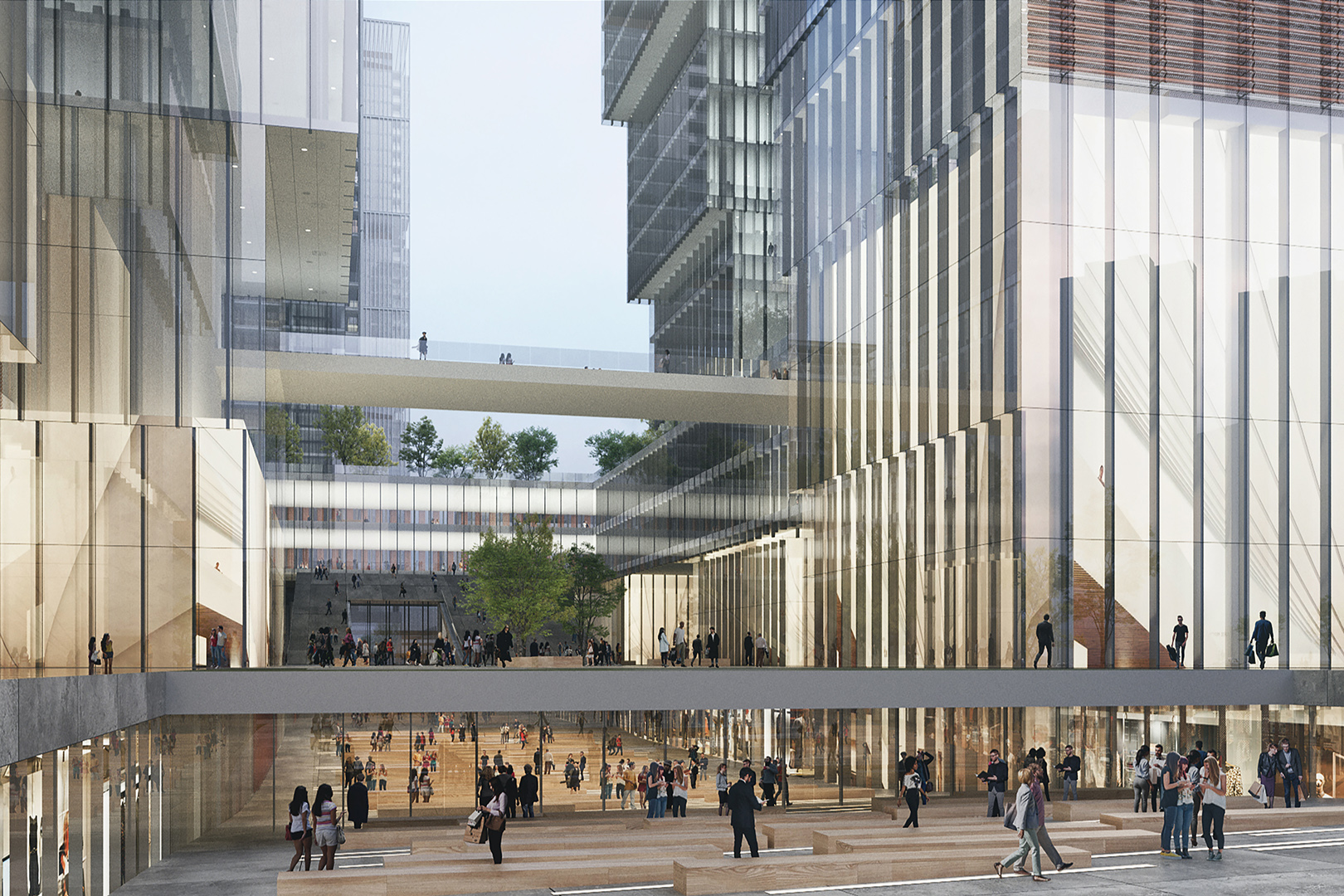 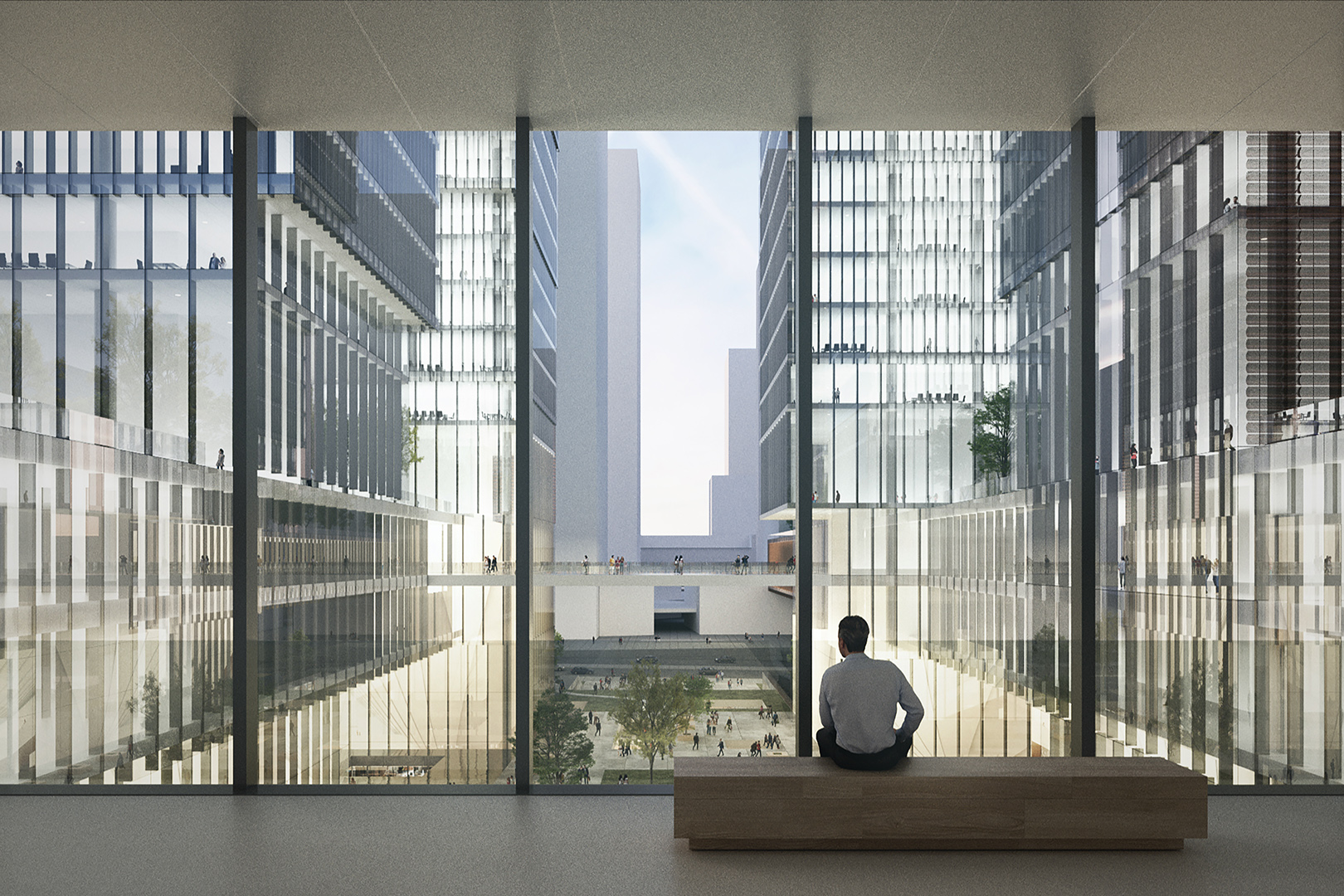