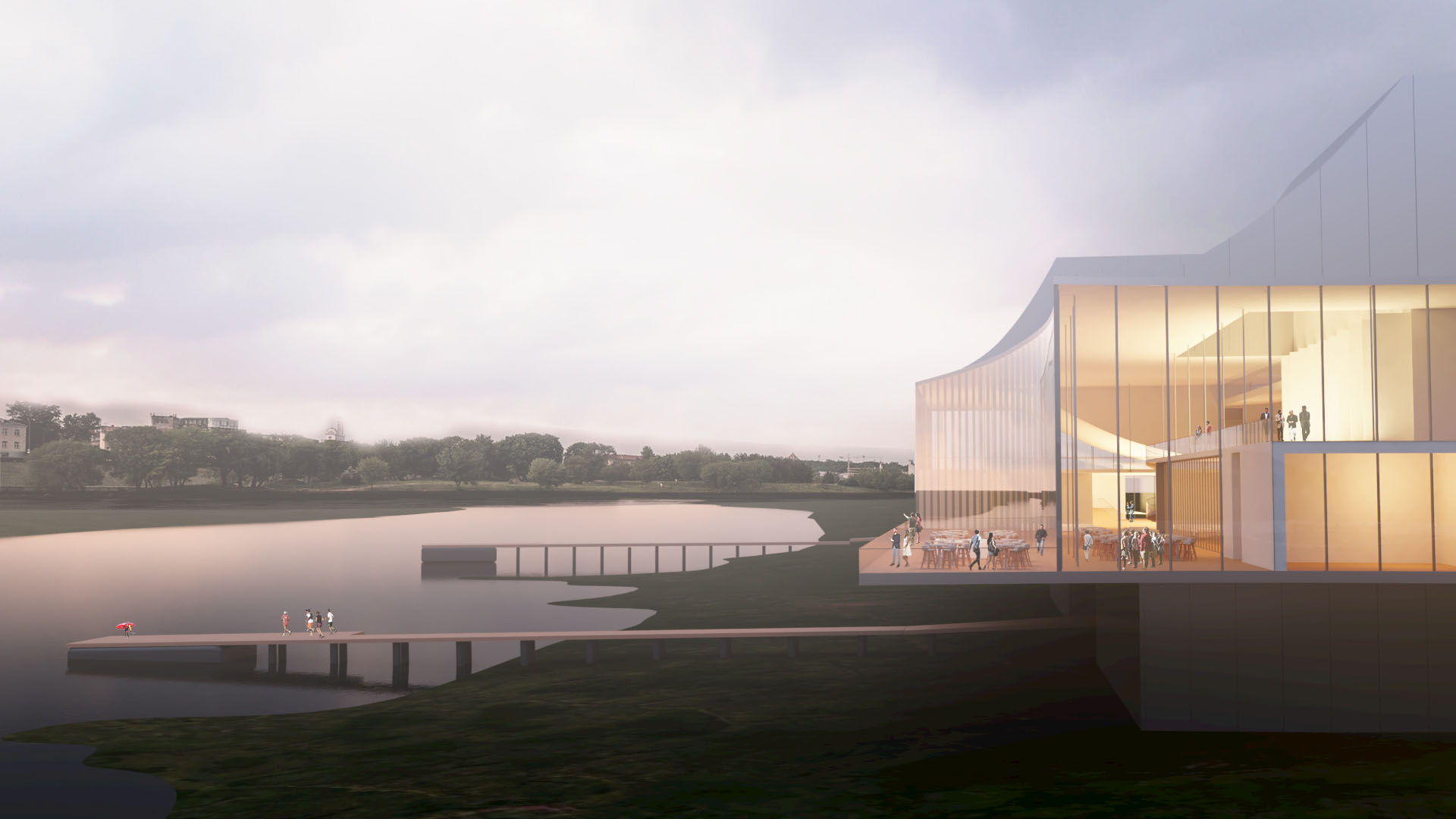 Kaunas M.K. Cuirlions Concert Centre - A Journey Through Spaces of Light & Sound
Inspired by the work of M.K. Cuirlions and the context, the project is conceived as a destination for a sensory journey filled with the movement of water over different seasons. A floating experience on the river is considered as the missing one in the city of Kaunas. The project seeks to add a new experience by introducing various sized floating platforms connected to the land as an extension of the city and the landscape over the river. The proposal suggests to experience the site with new boundaries for the visitors where light structures will gently dance up and down as a reflection of the rivers’ tidal movements. The building works as a lighthouse where the public spaces are widely open towards the river either horizontally or vertically. Elevated for water protection issues, the Centre, which is considered as a large floating deck, intends to give to its visitors a sensation of being on water. While the cantilevered public and semi-public ribbon is hanged over the river and landscape, the inner volume has been shaped by a set of curved surfaces like in a music piece reflecting the movement of water and light. The building has adopted a layout configured as a combination of several intersecting looped paths linking the riverside, the amphitheatre, the pier, main entrance and other functions together. The Centre is rising mainly over two anchoring volumes: the performance halls. Public functions such as the cafeteria and the restaurants, the conference, office functions backstage rooms are surrounding these two volumes, like a ribbon and reveal a new perspective over the city of Kaunas. Despite the disconnected appearance of the building from ground all inner and outer public spaces are designed as a continuous space creating a musical topography with a specific rhythm of ups and downs.